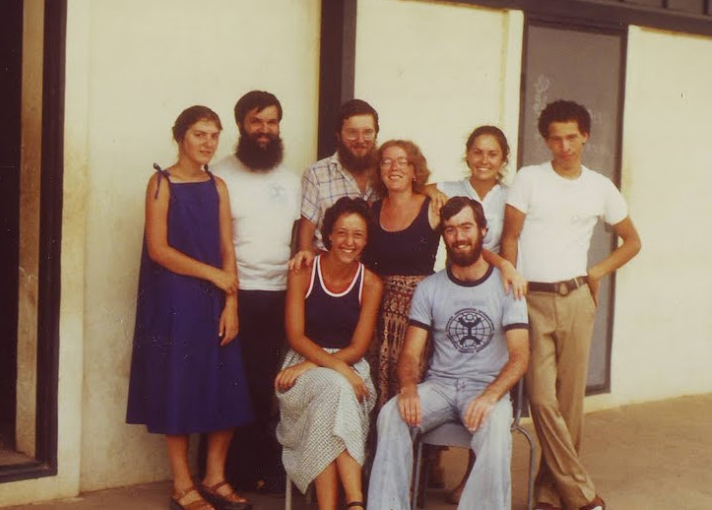 The vistas, people and history of Africa loom large in the consciousness of author Lawrence Hill. His sixth novel, The Book of Negroes, begins and ends on the continent, chronicling one woman’s journey from West Africa to the plantations of South Carolina, to the shores of Nova Scotia and back again.

“It’s written in the voice of an old African woman who was living in about 1805 and she’s remembering her life,” says Hill. “This is a back and forth story, back and forth across the ocean, in the 1700’s no less.”

Hill’s own back and forth began in 1979 when he embarked on a Canadian Crossroads International placement in Niger. Hill and six others traveled to the Sahel, spending two months living and working with young Nigerians, planting trees and discovering a different culture and way of life. For Hill, it was the dawning of a new self-awareness.

“For me it, was a more complicated experience by dint of the fact I’m of mixed race. At first, of course, I very much wanted to fit in and be seen as one of the race and so forth,” says Hill. “But I worked my way through a tumultuous time there, emotionally tumultuous, and by the end I came through the other end of this little ringer, I was much more relaxed about who I was and didn’t have the same need as when I first set foot on the continent, to be seen or recognized or thought of as Black.”

The experience inspired a short story, Hill’s first to be published in a literary journal. Entitled, “My Side of the Fence”, the story also appeared in CCI’s newsletter, Crossworlds. Two years later, Hill returned to Africa, leading a CCI group placement in 1981 to Cameroon.

Almost a decade later in 1989, Canadian Crossroads International would enlist Hill once more to lead a group to West Africa, this time to Mali. The trip occurred just as he was writing his first novel, Some Great Thing. It would be Hill’s most powerful and intimate encounter with African culture.

“This time, apart from our time in the capital, where we were all lodged together, we were sent into families. It was absolutely fascinating to be lodged individually, which was much more satisfying to me, as there was much less of a Canadian thing and more of a focus on Africa,” says Hill. “There were Muslim polygamist families and that was quite a radical change from middle class Canada. And it was a interesting introduction to Islam, through the decency and kindness of my host family.”

Hill’s experience in Mali would prove integral to his acclaimed novel, The Book of Negroes. The story’s protagonist, Aminata Diallo, begins her journey there, living a simple village life before being kidnapped by African slave traders.

The story also has a Canadian connection. Following the American Revolutionary war, thousands of Black Loyalists were settled in Nova Scotia. Their names, origins and descriptions were inscribed in the Book of Negroes, from which Hill’s novel takes its name. After having her name inscribed in the ledger, Hill’s protagonist later finds herself embroiled in a little-known incident in Canadian history in which 1,200 Black Loyalists, unhappy with their lives in Nova Scotia, set off on fifteen ships for the West African coast, eventually settling in what is now Sierra Leone.

“My character has to get her name in that book herself to get out of Manhattan. She comes to Nova Scotia and then after ten years, she goes back to Africa,” says Hill. “The unusual part of the story in a nutshell is that it’s a back-to-Africa story. It’s not just a story about freedom in Africa and then enslavement, which it is, but also a story of ultimate liberation and return to the motherland.”

As Africa’s rich mosaic of cultures and people continues to stir Hill’s imagination, the current crises affecting many parts of the continent provoke a passionate response from the author. In a recent Toronto Star editorial co-signed by former federal NDP leader Audrey McLaughlin, Hill argues that policy-makers must not turn away from the human suffering occurring beyond their borders and must commit to more and better aid, to trade policies that help rather than hinder vulnerable populations and to unconditional debt relief.

Lawrence Hill was a Crossroads volunteer in Niger in 1979, Cameroon in 1981 and Mali in 1989. His novels and non-fiction have been published to critical acclaim. Lawrence Hill’s third novel was published in 2007 as The Book of Negroes in Canada and as Someone Knows My Name in the USA. It won the 2008 Commonwealth Writers’ Prize for Best Book and the 2007 Rogers Writers’ Trust Fiction Prize and has been nominated for the Hurston/Wright Legacy Award.